How height slowfeeder affects the horse’s back, neck and jaw posture.

Slowfeeders for horses are effective tools for slowing down feeding time and extending chewing time. However, horses are often forced into unnatural positions while feeding depending on the height at which they are attached.

In 2021, Italian researchers conducted a study into the postural variations of the back, neck and mandibular angle of horses based on specific feeding positions with the aid of geometric morphometrics – scientific proof of the adverse physical effects of higher/unnatural feeding positions compared to ground level. Below is a concise summary of their findings. You can find a link to the full study (English) at the end of this blog.

SUMMARY AND HIGHLIGHTS OF THE STUDY. 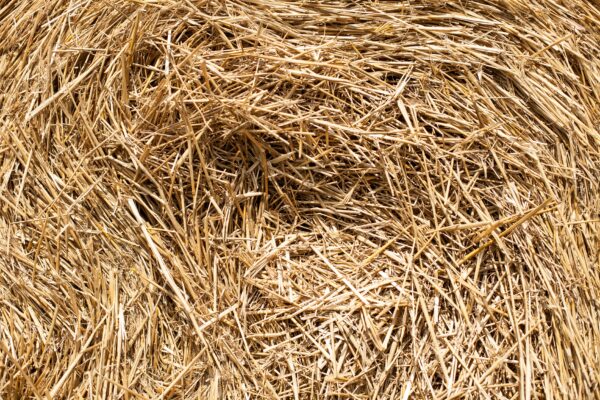 Six warmbloods housed in stables were used for the study. All were in good health generally and were monitored regularly for dental diseases and were ridden/trained normally.

REGARDED AS THE NATURAL FEEDING POSITION.

BOTTOM OF HAY NET IS LEVEL WITH MID-POINT OF CANNON BONE.

BOTTOM OF HAY NET IS LEVEL WITH HORSE’S ELBOW.

Images of horses eating in LP were selected as shown below: the position of the yellow line (from the withers to the poll of the neck) formed an angle of 15 ± 3° with the reference line (shown in orange) crossing the withers and parallel to the ground. Images of horses eating in HP were selected as shown below: the position of the green line (from the withers to the poll of neck) formed an angle of 15 ± 3° with the reference line (shown in orange) crossing the withers and parallel to the ground. Eight markers were used for the back (yellow dots) and seven for the neck (red dots) to map variations in shape. The back and neck were analyzed separately. The white arrow indicates the angle between the mandible and the underside of the neck that was calculated for each feeding position. “Our study provided evidence that different feeding positions can modify the shape of back and neck postures, as well as the magnitude of the mandibular angle.

When the horse maintained the LP hay net position with the neck 15 ± 3° below the withers, the back posture more closely resembled that exhibited during CP (ground level), regarded as the natural feeding position. No such correspondence was ascertained for either neck posture or mandibular angle.

The overall effect on the shape of the back and neck postures and mandibular angle was clearer when the horse was forced to eat from a high hay net postion (HP) with the neck 15 ± 3° above withers height.

Although the LP hay net position promoted better pack posture, this was not sufficient to ​maintain a neck posture and mandibular angle similar to that obtained when a horse was fed from the ground (CP).

Given that slowfeeders are useful for extending feeding time, it is necessary to investigate all the positions a horse can adopt when feeding from a slowfeeder and to identify the height that facilitates a more natural position in general.”

As far as we know, no objective study into whether feeding horses at different heights or from the ground influences the shape of back and neck postures has ever been published in literature. To meet this need, this study evaluated three feeding positions – CP, LP and HP – with the aid of geometric morphometrics tocarry out an ​objective evaluation of variations in the shape of back and neck postures.

Stable management of horses in a way that mirrors natural conditions is the key to ensuring equine wellbeing. Meeting the physiological and behavioural needs of horses is critical to improving their wellbeing. It is well-known that one of the main factors that negatively affects the wellbeing of horses under stable management conditions concerns feed management, such as a diet high in concentrates and low fiber, and long periods of fasting. For this reason, hay feed diets in a slowfeeder are often recommended to reduce the risks of long periods of fasting, with the aim of meeting the natural foraging needs of horses. Despite positive use of slowfeeders, it is recognised that hanging them high above the ground may have negative effects on back and neck postures, which in turn can have negative effects on the horse’s wellbeing. In fact, horses evolved as grazers feeding from the ground, which appears to be the preferred position of horses.

So consider the height at which you hang a slowfeeder carefully and take the horse’s safety and wellbeing into account.